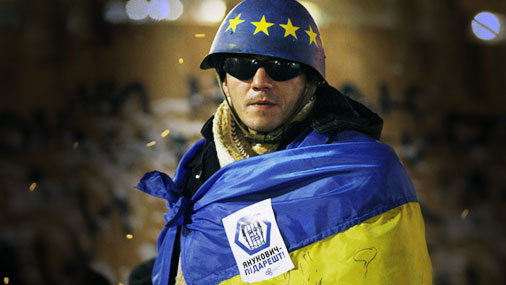 The battle over Ukraine has become the biggest conflict between the EU and Russia since the end of the Cold War, web portal Tvnet comments and asks whether the country being split in two would be a possibility: “Already after the Orange Revolution, the Kremlin toyed with the idea of dividing Ukraine according to the Balkan principle. The western half of Ukraine could be integrated into the European Union and the east of Ukraine into the Eurasian Union. For many Ukrainians this would be a horror scenario. Short-sighted and stubborn politicians have led the country into a hopeless situation. The majority of the parties in parliament prefer tighter ties with Russia. Right now the western regions of Ukraine and pro-European voters are barely represented in parliament. So they are forced to take to the streets and squares of Kiev. The tug-of-war in Kiev continues.”